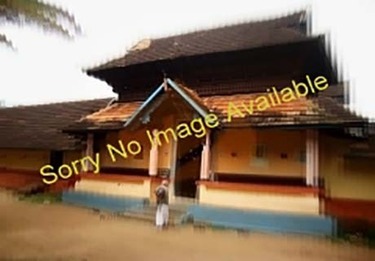 Tirumala Devaswom Temple, Alapuzha commonly known as Old tirumala temple is located about 1KM north of the KSRTC Bus Stand in Alapuzha. The main deity (Prathista) in this temple is of Shree Venkatachalapathy with Lakshmi Devi and Bhoomi Devi on either side.

The Pradana Devatha in this temple is of Shree Venkatachapathy with Lakshmi Devi and Bhoomi Devi on his either side. There are idols of Mahalaxmi, Hanuman, Garuda and Ganapathy installed in the inner temple.

The Venkatachalapathy’s idol was brought here by a Priest Kashi Rama Bhat who installed the idol in this temple for the community.

There is a small shrine of Sri Kashi Rama Bhat in the West Agrasala of this temple, where his statue is installed and is respected.

The important event which occurred in the past of the temple is that, during the Portuguese persecution at Kochin, the Venkateshwara’s idol of Kochin Goshripura Temple was shifted here (in 1792 A.D.) along with the idols of Laksmi Devi & Narasimha Moorthy of Thuravoor TD temple. They were installed and worshiped in the north Agrasala of the temple for over 60 years, and then later in 1853 A.D., the idols were shifted to the newly constructed Anantha Narayana Puram Temple nearby. Presently the Salagrama in a Samputa is placed here for worship and the place where this idols where installed is still known as Kochin Temple.

The two brindavan’s in the temple have hanuman statues installed. Once in 1970, when Swamiji Sudheendra Thirtha visited and camped in this temple, he had a sudden joint pain at his shoulder. As revealed in Devaprasnam, it was due to the found damage in the right shoulder of the Hanuman Statue in the Brindavan of Shreemath Sumateendra Thirtha. Then, a new statue of Hanuman was made and installed by Shreemath Sudheendra Thirtha Swamiji in 1971 A.D. The Idols of Kodhandarama, Venkatachalapathy and Shri Krishna and the Salagramas from the nearby Kodhandarama temple of Kashi Math were brought and were installed in both Brindavans of Kashi Math Swamiji’s in this temple.

The temple has a Gopuram at the entrance and Agrasalas around the temple premises. The Agrasalas are in a bad condition today. Just outside the northern Agrasala, the temple officials have build a Community Hall (Kalayana Mandapam) , Named as Sudheendra Kalamandir and a rest room for Swamiji, which were inaugurated by H.H. Shreemath Sudheendra Thirtha Swamiji on 06/06/1988.

Orginally there were only two main festivals (each for a period of eight days) in a year - one in the month of Vrischikam (December), the Arattu day coinciding with the Chithra star. It was found that Lord Lakshmi-Narasimha was not pleased with this custom. So a third festival also came to be celebrated from 1088 M.E. (A.D. 1913) with the Arratu day coinciding with Narasimha Jayanthi on the Shuklapaksha Chathurdasi day in the month of Vaishaka (Medam). Thus at present three festivals are celebrated during each year.